The market for gluten-free and low-gluten products has grown significantly in recent years. The same goes for the beer world, with brewers allocating more of their production to gluten-free beers.

Creating gluten-free beer is somewhat more complex than producing other gluten-free products, because beer is mainly derived from barley, a cereal containing gluten. Another cereal often used in brewing processes is wheat, which also contains a high level of gluten.

The gluten content in cereals is not consistent and there may be variations within the same family of cereals. But, the greatest variation of gluten content is between different families of cereals: wheat, barley, rye or their crossbred varieties.

The natural decrease in gluten throughout the brewing process still isn’t enough to reduce the gluten content to below 20 ppm (the point at which a product can be considered gluten-free), so different methods have been developed to produce gluten-free beers.

Although all styles of beer can be made gluten-free, some are more adaptable and make better gluten-free beers. Making a wheat beer gluten-free requires considerable technical effort and investment, as the gluten content is naturally very high. It is better to opt for beer styles that already use gluten-free brewing cereals in the grain bill of the beer recipe.

It is difficult to estimate an average quantity of gluten for each beer style because it is heavily dependent on the recipe and the production process.

Using some malted or un-malted gluten-free cereals in the grain bill is one way to reduce the gluten content from the very beginning of the process. Completely substituting barley or wheat can be complicated and may cause difficulties in the production process, because of the different characteristics of each cereal. The drinkability of the beer can also be affected.

The most commonly used gluten-free cereals are maize, rice and sorghum.

Rice: contributes to a dry flavour, drinkability and has neutral aroma in beer. It has a low protein content combined with a high starch content of 70-75%, a lower diastatic power than barley, but a good saccharification level due to a high dextrinase content.

Sorghum: has a high gelatinisation temperature and low diastatic power due to low alpha-amylase content. Beers brewed with sorghum may have a high polyphenol level that can increase turbidity.

Due to the diverse composition of grains and their different characteristics, the use of exogenous enzymes can aid the mashing and lautering processes. With the addition of enzymes, it is possible to compensate for a low diastatic power of a grain by using alpha-amylase or amyloglucosidase. can be added to facilitate wort filterability and prevent excessive wort haze.

After the boiling phase, clarification of the wort is recommended. The addition of a fining agent based on silica sol such as Spindasol SB1 is ideal to aid the sedimentation of the particles suspended in the wort. Spindasol SB1 can be added directly to the wort kettle after boiling, five minutes after adding the hops. It can also be introduced through automatic hop dosing systems or in an automated continuous flow between the kettle and whirlpool. Clarifying the wort before the fermentation phase decreases the protein levels, including the gluten content.

A considerable proportion of the gluten is digested by the endogenous proteolytic enzymes in the malt. However, the level of breakdown is not consistent and it is difficult to estimate because it is reliant on the quantity of enzymes originally contained in the malt. To obtain a reliable gluten content of below 20 ppm, the solution is adding exogenous proteolytic enzymes also known as proteases.

This proteolytic enzyme is especially effective on proline-rich molecules - its efficiency depends on the gluten concentration and on the temperature and contact time (a minimum seven days of contact time is recommended for a fully fermented beer). We advise brewers to check the initial gluten content, to help them define the correct dose of enzyme.

The table shows the results of ENDOZYM PROTEASE GF trials on three styles of beer productions.

Improving sedimentation through the addition of fining agents to the beer at the end of fermentation and maturation can decrease gluten content further.

A Silica sol based product such as Spindasol SB3, is ideal for this purpose, due to its strong attraction to proteins. If the plan is to filter the beer, clarifying the beer beforehand is useful, because it facilitates sedimentation of the yeasts and eliminates suspended turbid molecules, which slow the speed of fermentation and can cause clogging during filtration.

TO KNOW MORE DISCOVER OUR SUPPORT SUBSCRIPTIONS
start now
any questions? contact us 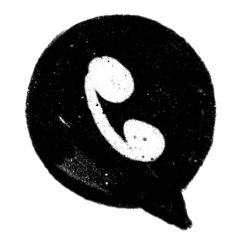 whatsapp
Questions about our products, delivery, or support packages? Our team is available Monday to Friday.
what's app me 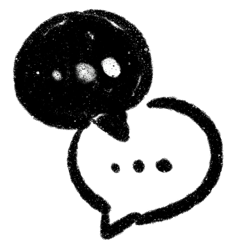 quick chat
Questions about our products, delivery, or support packages? Our team is available Monday to Friday.
Start chat 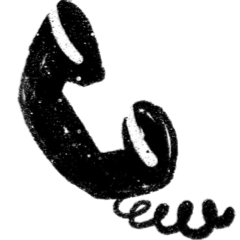 Call me back
Need to ask an expert? Leave your details and we’ll call you!
get in touch